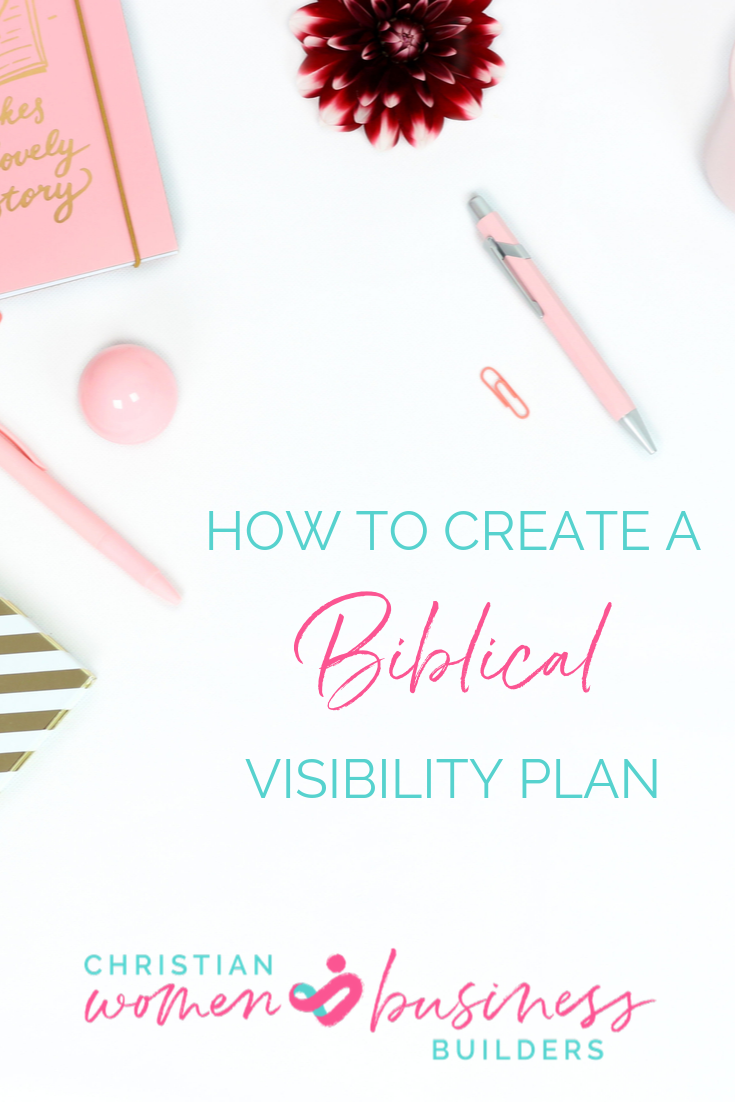 If you are growing your business online, then I know you’ve heard that you need to have a visibility plan. This helps you grow your authority and your reach. There is so much conflicting advice on growing your visibility. You can easily spend more time learning different strategies than you ever do implementing the plans. There is a way to learn Godly visibility from the story of Queen Esther!

As believers, we have access to a visibility plan that has the power to change everything. Not only the authority of your business, but the course of an entire people group for centuries to come!

Let’s dive deeper into the exact plan that Queen Esther used to get visible to her King. The plan she used to find favor over her request to save her entire people. This exact same plan can be utilized today to get in front of the “Kings” in your industry. This same plan works for gaining favor with customers, leads, and/or clients.

Where to Start Building Visibility

Our lesson today starts in the Old Testament book of Esther. In this story a young Jewish girl named Esther is chosen as the new Queen. She is residing over a large land as the wife of King Xerxes. This is the same King who had his previous wife killed for refusing his command. Needless to say he is known to be a pretty ruthless ruler.

King Xerxes’ right-hand man, Haman has come up with a plot to kill all of the Jews in the land.  It is at this point that we will pick up the tale with  Esther’s uncle, Mordecai.  Mordecai convinces Esther that she has been made Queen for “such a time as this.” (Esther 4:12)

Esther realizes she has a real problem on her hands. It is against the law for Esther to come to the King with a request. If she does and her request displeases the King, she would be killed.

Esther now has to come up with a plan to not only get in front of the King to make her request, but to win his favor so he will listen to her plea.

Let’s dive into Esther’s plan for getting in front of the King. This same plan can work to grant us favor in our lives and businesses.

At the end of Chapter 4, Esther leaves her Uncle Mordecai with a request to have him gather all the Jews in their community. She asks to have them fast for 3 days. Esther and her maids do the same thing. On the 3rd day, Esther puts on her royal robes and prepares herself to go to the King.

What does this mean for us in our businesses?

Let’s take a quick moment to acknowledge what Esther did NOT do:

Instead, she prepared herself to come before the King through seeking the Lord and preparing herself.

We are told that Esther was a lovely young woman and that she took the time to get dressed in her royal robes (no simple task I’m sure!). This tell us she also took the time to prepare her physical body to look her best.

These 2 simple preparations had Esther ready spiritually, mentally, and physically. She prepared herself for the task ahead and went forward in confidence with her head held high to meet the King, no matter what transpired.

Take note and be prepared similarly in your business!

How often do we spend real, dedicated time in prayer before launching a new product or throwing a big event?

How much time do we spend preparing our physical selves whether that is outer appearance, or the professionalism of our presentations/materials?

If we are to become visible to our ideal audience, then we must take the time ahead to pray, seek the Lord’s counsel, and address our physical appearance.

The second step is where Esther has to take her first truly gutsy move.

In the first verse of Chapter 5 we are told that she “stood in the inner court of the palace, in front of the king’s hall.” The king happened to be sitting on his royal throne in the hall, facing the entrance. We are told he is pleased with her and holds out his gold scepter to her as a sign that she is welcome to come forward.

Do you think it was an accident that the King “happened” to be sitting on his throne facing the entrance when Esther came and stood in the court?

Do you think she picked her location by chance or “hoping” that he would be in his palace on his throne that day?

She educated and prepared for her positioning!!

Esther takes the time ahead of that appointed day and hour to research when King Xerxes would be there, where he would be sitting, and where he could see her best. She may have even taken into consideration where the best lighting was so she would stand out!

Queen Esther doesn’t sit around hoping to be seen by the King, but places herself in a position to be noticed by the audience who she wanted to influence!

How important is this in the growing of our faith-filled businesses?!

So often I hear business owners lament that they want to increase their influence, but they are not willing to take the time to research where to find their audience and how to get in front of them in a way that really stands out! If you are serious about growing more visible in your field, then you must be willing to prepare yourself and position yourself to be seen!

Think about ways to identify your target audience and then get your message/product/service in front of them. Whether that is through local networking events, videos online, referrals, or engaging posts, there is a way for you to position yourself for success in your field.

For additional support in this venture, this post on “Doing it Confident” is a helpful resource!

Now we’re getting to the good part!!

Esther gets in front of the King! Thanks to the Lord’s favor and the fact that she is looking her best, she gets the royal signal to come forward and make her request known to the King. The King even goes on to ask her what is her request and tells her, “Even up to half of the kingdom, it will be given to you.” (Esther 5:3)

You know what? I bet you she runs in there and starts going a mile-a-minute telling him about all the awful things Haman has planned and how the King better step in and do something like yesterday!

Right? I mean, I know that’s what I would have done after not eating for 3 days, worrying myself half to death, getting all dolled-up, and finally getting in front of the man who can fix it all with the flick of his scepter!

Thankfully she had a looooot more patience and wisdom than myself. Esther actually goes on to invite the King and Haman to a banquet she has prepared.

Now after all of this she is going to prepare a feast for the King and his evil minion?! We know by now that Esther is one pretty smart lady, so let’s stick with her and see what happens.

After her invitation the King summons Haman and they go to the feast. While there, the King asks Esther again what it is she wants. He goes on to offer her up to half of his kingdom again. Still Esther waits.

She even goes so far as to invite the King and Haman to a second feast the next day! Haman is so happy by all this extra attention that he goes home and brags to his wife and all his friends about his good favor. They decide to go ahead and build gallows to hang Mordecai on the following day.

It is at the second feast that Esther finally reveals her request to the King. She asks his favor on the life of her and her people. The King, overcome with rage, has Haman hung on the same gallows he built to hang Mordecai!

The King goes onto pardon the Jewish people and creates an edict for their protection and rights. This law gave the Jews the right to protect themselves and their lands for generations to come.

This amazing ending goes to show just what is possible when we have wisdom in our dealings. So often, even as believers, we jump into asking for the sale or make a request. We ask a sale from a lead without ever delivering value.

Queen Esther knew that she was making a huge request against one of King Xerxes most trusted advisors. That request was not something she was willing to take lightly.

In her model, I encourage each of us to delight and invite our clients, contacts, and leads. We need to invite them into not 1, but 2 opportunities to “feast” with us before making our request (or sales pitch) known.

While you probably won’t be inviting them to a literal feast, there are so many ways that you can provide value and deepen the relationship. Do this before you request anything from them…..whether time, referrals, or leads.

In closing, I encourage you to read the book of Esther for yourself. Take some time to think about how you can work on preparing yourself, positioning yourself, and using wisdom when it comes to creating a visibility plan for your business!

If you are a woman in business looking for more biblical trainings on growing your business,  I invite you to check out a private membership for Christian Women Business Owners.

You can get access to the entire network of trainings, the private FB group full of other believers in business, and unlocked portions of our Business-Building Library HERE!

Hi! I'm Cassie Kitzmiller. Founder of Christian Women Business Builders and author of many of these articles. I am here to serve you in building your successful business as unto the Lord, so be sure to join our free FB Community and come join the family! Blessings on you and your business.